The information found in this guide has been acquired through a thread on Linux Support from Escape From Tarkov's official forum. You can find a link to the page HERE. Without the efforts of the developers at CodeWeavers, WINE, Valve, and so many other individuals, this would not be possible. Thank you all for your work!

Now, for the guide; I'm using Lutris and Linux Mint 19 to run the game. I'm not saying this is the only way to play, but it is what I am using. If you have issues with getting things working, know that I'm just a Linux noob who wasted hours of my time tinkering until I (basically) got lucky. This is just what I've found that worked for me.

Before you begin, you will need to install the latest version of WINE-staging available from HERE. As of this guide, that is version 3.19. You can install it by running these commands (Ubuntu 18.04):

For Linux Mint 19, do the same thing, but change the last line out for:

Once you have WINE installed, run this command:

It will open WINE's configuration menu. Let it do its thing. If it asks you to install WINE mono, say NO! Wine mono will conflict with Microsoft .NET, which is needed for getting the game working.

If you have an NVIDIA card, you will need driver 396.54.09 to enable Vulkan Transform Feedback support. If you use version 396 or 410 right now (AKA the non-beta drivers), you will see missing player models and invisible scavengers when you load into the game. I'm sure AMD has/will have a similar driver to do the same thing, but I don't know what it is right now. THIS ARTICLE may help shed some light on the situation for you AMD folk.

Then, open your driver manager program and select driver 396.54.09 to install it. You can also find it under synaptic package manager by searching for it, or you can install it via command line. I just wanted to be safe rather than sorry when it comes to drivers. I would advise against installing the driver from NVIDIA's web site if you are a noob like me; when I tried, I completely ruined my driver set up and had to spend hours getting my system back to normal. Again, probably just me being stupid, but I'd rather keep things simple.

Those will set up the Lutris repository. After that, you can install Lutris by updating your package list from synaptic package manager and installing it from there, or you can run these commands:

Instructions for installing the latest version of Winetricks can be found HERE. Do NOT use the one provided by Linux Mint's default package list, as it will be out of date (at least, it was when I used it; again, better to be safe than sorry). If you don't want to read instructions from the link, just run these commands:

Then, you can run Winetricks by using this command from your installation directory:

Then, delete the "#" before "DefaultLimitNOFILE=" and put 1048576 after the equal sign. Save the file (ctrl+x, y, enter) then do the same for the file over here:

And that should be everything you need to set up beforehand. Now, to installing Escape From Tarkov!

Using Winetricks, install .NET 4.0, then .NET 4.7.2, and also VC Run 2017. Do this by running the following command from wherever you put your Winetricks script:

Many people have a hard time with this part. If it asks to overwrite/repair .NET, always say yes. I run this command with --force because for me, it said .NET 4.0 conflicted with .NET 4.7.2, when that should not be the case.

In addition to this, if you don't already have the fonts-wine package, you should grab it by running this command:

Without it, the BSG Launcher will have missing text.

EDIT: Reddit user roadtrain4eg has reported that a bug in Winetricks may prevent some people from installing .NET 4.7.2. If that is the case, please use the patched version they linked to here: https://github.com/austin987/winetricks/commit/24ec901cd81fc6c3c23192a4fe5515c33d060b6b . Bear in mind that I didn't need to do this, and I would first try to install .NET 4.7.2 from Microsoft's OFFLINE installer (NOT the "slim" installer) after you have .NET 4.0 installed if you are still having issues.

If you've played the game in Windows already, you know the drill: download the launcher from escapefromtarkov.com after signing into your account, and install the launcher with WINE like you would any regular program by double clicking the .exe file.

It should install perfectly fine. Once it's done, run the launcher by clicking on the menu entry it created in your distro, sign in, and download/install the game, but DON'T RUN THE GAME YET (I mean, you can, if you want super-duper-low FPS and slug-speed loading times).

Open up Lutris, and select the plus icon at the top to manually add a game.

Once WINE is selected, click "Install Runners", scroll down to WINE, then click "Manage Versions" and check the box next to tkg-3.19 to install Lutris's patched WINE-3.19 version that has esync support.

Open the game using Lutris and you're done! 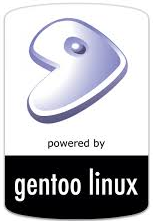